There is no ads to display, Please add some
by Jeanette Grider on 08/02/2019 Jeanette Grider Saint Louis University Michal Rozbicki, Ph.D., a leading figure in the cultural history of early America and member of the Saint Louis University faculty for 27 years, died suddenly Wednesday, July 31. Prior to joining SLU, Dr. Rozbicki had a highly distinguished career in his home country of Poland, publishing widely in Early American and European history and serving as the director of American Studies Center at Warsaw University, where he was responsible for joint scholarship and faculty exchanges with American universities. 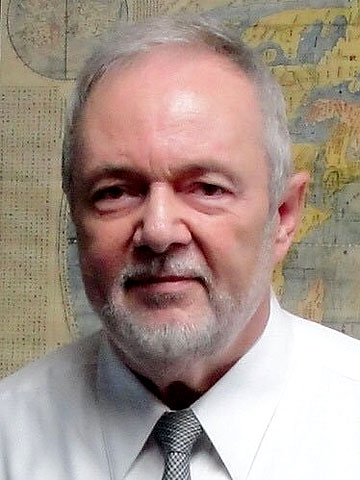 Michal Rozbicki, Ph.D. “Michal never tired of his efforts to find ways to bridge the gaps and differences between people and cultures without ever losing his moral bearing and deep commitment to allowing each voice to remain authentic and true to itself while pushing each to understand fully what was often viewed as ‘other’ or foreign at first blush,” said Chris Duncan, Ph.D., former dean of the College of Arts and Sciences.  “Watching him practice the same skills he sought to inculcate in his students and colleagues with the numerous visitors he brought to campus from all over the world was to truly witness a master at work.” He was a part of history himself. Following the fall of the Berlin Wall, Rozbicki founded and was elected president of the Polish Association for American Studies and wrote speeches for Solidarity leader Lech Walesa. In 1992, Dr. Rozbicki joined the Department of History at Saint Louis University to begin, in effect, a second prolific and influential career, in a new country and publishing in a second language. Dr. Rozbicki served as department chair from 2007 to 2010 and in 2011 led the effort to create SLU’s Center for Intercultural Studies where he was director until 2018. Rozbicki was widely respected by his colleagues both as a scholar and as a person.  “As Dean, I had the honor of working with Michal in his role as the director for the Center for Intercultural Studies,” Duncan added.  “He was an incredibly hard-working and productive faculty member, but, more importantly, he was a kind and generous soul who was quick to laugh and always joyful about his work.  Michal devoted much of his scholarly life to the issues and questions around ‘interculturality.’” Duncan shared a sentence from the Center’s web page that was meaningful in Rozbicki’s work: Interculturality occurs in the space between two or more distinct cultural groups that encounter each other. It is an area where meaning is translated and difference is negotiated. “This deeply Jesuit oriented work was his passion and his vocation,” Duncan added. He mentored many graduate students during his tenure at SLU, inspiring undergraduates in classes ranging from the American Revolution to film and history. Rozbicki earned his Ph.D. at Maria Curie-Sklodowska University in 1975 and went on to pursue advanced study at Warsaw University and Johns Hopkins University. Dr. Rozbicki is survived by his wife, Jody. He was preceded in death by his parents, Stanislaw and Ina Rozbicki, and brother Bogdan Rozbicki. He was the son-in-law of Twila and Edward Wootton and the late Howard Shol, and the brother-in-law of Sandra Heilman, Wade (Laura) Shol and Lisa (John) Landers. Visitation will be held from 3-6 p.m. Sunday, Aug. 4, at Schrader Funeral Home, 14960 Manchester Road, in Ballwin, Missouri. A funeral Mass will be celebrated at 11 a.m. Monday, Aug. 5, at St. Alban Roe Catholic Church, 2001 Shepard Road, in Wildwood, Missouri. In lieu of flowers, contributions may be made to the Preservation Society of Charleston.
2020-01-21T22:26:16-06:00